Once upon a time, in a dense forest, on a small hill, a pair of deer were living with their daughter, whose name was Miko. Both would look at their daughter’s big eyes and innocent face and thank Allah for giving them such a lovely daughter. When Miko was jumping with her thin legs, her parents like their daughter’s cuteness very much and every time is happy.
But one day Miko’s mood was very bad since morning because Miko was stubborn as usual and said, “today I will not eat anything, except the green grass growing in the valley below the area”.
Many times her parents lovingly cut the fresh grass under the mulberry tree and then mixed some juicy mulberry in the grass and then gave it to Miko to eat, but what about little deer daughter Miko’s stubbornness, she sat like a stem with hardened? 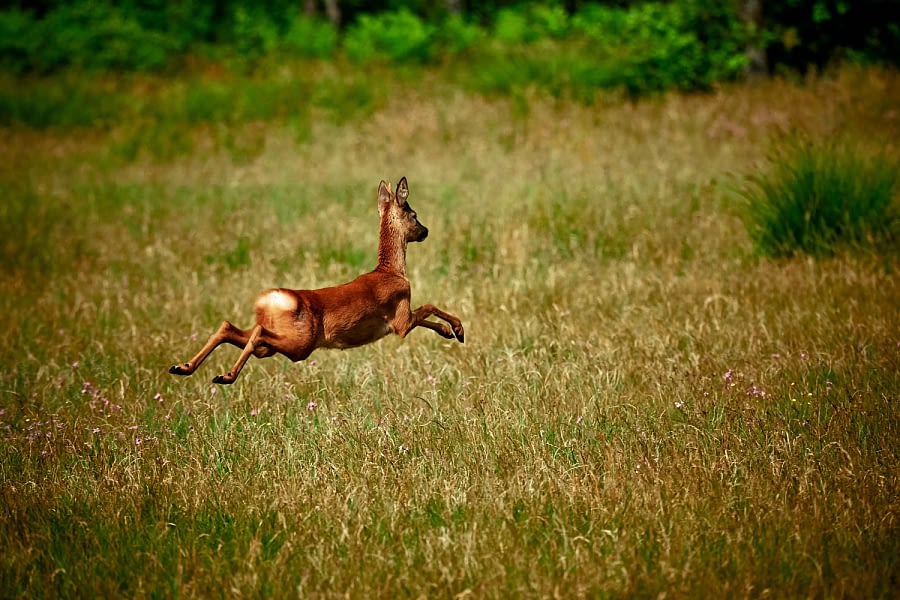 Why deer’s daughter Miko got stubborn?

In fact, one day Miko was sitting in the grass area, and listening to a story from her mother. Suddenly a pair of bears with their son ‘Pumi’ was walking over toward them from down the valley. The pair of deer greeted the bear’s family. A pair of bears later said, ” brother, be careful, there is a dangerous crocodile living in the valley below.”
He can hurt you anytime. ”
“Oh… !! Thank you so much for telling us, we’re new to the grass area.”
The bear’s family thanked the deer’s family.
They were talking when Pomi, the bear’s son, said to Miko, “Miko, have you ever eaten green grass from the down valley?”
“I never ever went to the valley.”
Miko replied to Pumi.
“I ate fresh green grass in the valley today, which tasted very delicious, sweet, and fruity.”
Pumi said with a yummy feeling.
“Father, today we also will go to the down valley to eat the yummy grass. That day, the bear aunt and the bear uncle also took Pumi to eat yummily grass.”
The deer’s lovely daughter ‘Miko’ used to order her father daily to go to the down valley to eat yummy fresh green grass. But deer always avoided because one day their neighbor giraffe saw with his long neck, a dangerous crocodile in the pond towards down valley and warned the pair of the deers, a dangerous crocodile that preys on innocent animals. From that day on, the deer never went to the valley with his wife, nor did he want to take his daughter ‘Miko’.

Did the father of the ‘Miko’ go to the dangerous down valley for her daughter’s stubbornness?

That day, because of Miko’s unreasonable stubbornness, the father deer decided to go down to the valley, but on the way, he ordered Miko and his wife to stay on the hill, and he slowly began to move down to the valley. At last, the deer reached the middle of the valley. Very carefully he was looking left and right with fear hurriedly began to gather the fresh green grass in its mouth. Suddenly the deer saw two eyes slowly moving towards it in a pond. A very large crocodile jumped out of the pond. But the deer was lucky enough to see the crocodile’s eyes crawling into the pond, the crocodile’s dangerous jaw open for food. Suddenly the deer jumped very highly and escaped the place, in a few moments he fastly reached Miko and his wife and looked down at the pond in the valley where the crocodile was sitting and trembling with rage. The father deer make love with little Miko’s snout and said, “Miko daughter, eat green fresh grass now because you have been hungry since morning.”
But ‘Miko’ was crying wrapped around her father’s leg because she had seen a dangerous crocodile attacking her father. At last, the mother of the ‘Miko’ came to near and said, “Miko, daughter, thank Allah that your father has escaped from the attack from the crocodile. “Let’s eat the fresh grass that your father has brought, otherwise it will yellowish and taste bad.” When little ‘Miko’ ate the grass, it tasted the same as, those green grass under the mulberry tree.

What is the moral of this story ‘kids story time once upon a time a deer baby girl get stubborn?

Dear children, Miko now knew that we should eat the sustenance with the patience and gratitude that almighty Allah give us, and Miko thought that after today he would never bother her parents by being stubborn without any reason.